It is important that wherever you plan to film in Russia you get permissions, permits or notify the appropriate authority.
Locations may either be privately owned, or public property (including most streets), so you should contact the property owner, or local authority. It is good practice to inform local police for ALL exterior location filming in Russia, and it may be a legal requirement to do so. Other aspects of your script or shoot may also mean you need to get in touch with the police.
The impact of failing to inform relevant authorities could result in unnecessary police resources being deployed and disruption to the community and to your filming. This is particularly important when you are filming in a location that may have iconic, religious or government buildings. Contact our fixers in Moscow or Saint Petersburg for finding out about the exact permits needed.
Please note: filming the exterior of a building does not infringe its copyright. In Russia you do not need a release from the building’s owner to film its exterior (although you may still need to obtain permission from the relevant authority or property owner based on where you have physically placed your camera in order to shoot). However, a building could be considered to represent an individual, company or institution and film-makers should therefore be careful not to use this association either: (a) to endorse or exploit any product or service; or (b) in a way that might defame such individual, company or institution.

The amount of notice that you need to give in regards to filming can vary based on the size of your crew, so this is also worth bearing in mind – as a rough guide, allow 5-15 working days to process the relevant paperwork.

Permits for filming in Moscow

As for the filming permits Moscow is different from any other russian city. There are lots of government-owned buildings, filming at the streets requires a special permit. Processing time 10 days.

Filming at the Red Square is possible only after obtaining a special permit. Estimate time 3-4 weeks. Estimate price 250-300 Euro per filming hour. We have the possibility to help you getting the filming permits to the Cosmonauts preparation centre, Factories, Museums, etc. If you have any doubts about the permits required for your filming – please contact our fixers on info@filmspb.tv.

Permits for filming in Saint Petersburg

In Saint Petersburg a small crew (in theory a ‘small crew’ is a crew of 5 people or fewer, using a hand held or a tripod camera) should be able to film on the street without obtaining permission, however legislation in this area is open to interpretation and if the local authority is not aware that you will be filming in the area there is a chance that you may be asked to stop. We can help you getting filming permits to the Hermitage, Peter and Paul fortress, Battleship Aurora and other museums and palaces.

Permits for filming in the rest of Russia

Depending on the exact region the laws and regulations may change. Nevertheless there are some things that are the same throughout the country:

For filming inside a train you need to have a media visa and a media accreditation from the ministry of foreign affairs of Russia. For filming inside any museum – you need to apply for a film permit. The estimate time for getting the film permit is between 2 and 3 weeks. Our fixers and production managers in different cities can realize the permit-getting procedure. We need to know the following information about your project:

For getting a film permit for a drone please follow the instruction on our aerial filming page.

Permits for filming throughout Russia during the World Cup 2018

We can get the filming permits to film at any of the stadiums that will host the Confederations Cup 2017 and the World Cup 2018.

Due to our good contacts and experience, we can provide you with all paperwork and permits in the minimum of time. 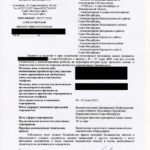 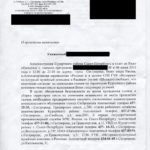 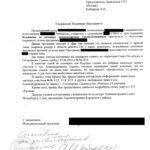 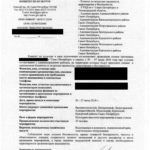 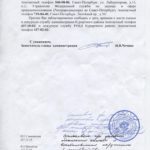