Here is the list of special filming locations where FilmspbTV invites you to shoot your next project.

1. The metro of Saint Petersburg and Moscow at night time.

Have you ever been in the metro being the only passenger? Would you like to take a ride in the cabin of a train underground? Would you like to film at one of the most beautiful metro stations in the world? The metro in Russia is not obvious as a filming location, but take a look to hese photos: 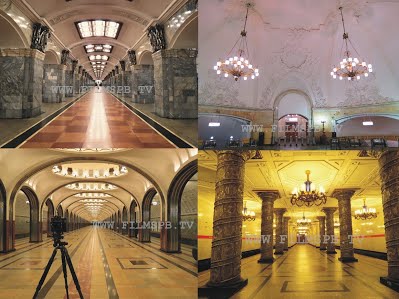 Photographers from all over the world know the LOMO LC-A camera. It was created on the “Leningrad Optical Mechanical Association” factory (LOMO). Today the factory is a military plant producing different kinds of optics. We can gain access to the museum of this plant for filming purposes. You will find there a soviet version of the Polaroid created in the 70’s, cameras that were produced in a single copy, military rangefinders and many other artifacts. 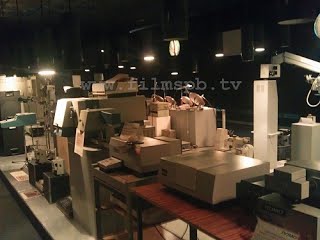 
The vanguard of the defense of Saint Petersburg during the 19th century. Double-deck artillery batteries, cutting edge engineering solutions of the 19th century and fire control instruments. An impressive view to the Gulf of Finland and many breathtaking places for filming a story inside an old fort. We can get a filming permit for you!

No sense to tell about the Amber Room itself. It’s marvelous, some say it’s the eighth wonder of the world. But filming inside is tricky. Thousands of tourists won’t let you get a clean shot. We can get you and your filming crew inside the palace for a full day when nobody is around. Ready for a private visit to a palace?

Russian ballet and Russian theatres are known worldwide. But is there a way to film inside the theatre? We are not telling about filming a performance… We want to bring you on the stage or inside the Tsar’s box for filming your unique project.

E-mail us: info@filmspb.tv for further information.