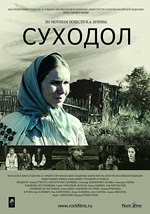 The fixers of FilmspbTV  were hired to help to film a full feature film by Alexandra Strelyanaya.

Location scout in Russia (Pskov district): We traveled a lot through the region of the city Pskov searching for a place to build decorations, searching for old monasteries and churches.

Transport: We provided 3 minivans, 2 buses and 2 trucks for accessing locations situated far from the main roads. One of the trucks was transformed into a generator platform. Now this is the only heavy truck based generator in the north-western part of Russia.

Location management in Russia (Pskov district): We were responsible for the administrative part of the project. Accommodation, call sheets, catering, finding props, organizing FX (renting local fire trucks) and renting local ambulances to be present at the filming set for the days when stuntmen were used.

Working on a full feature was a great experience for all the personnell of FilmspbTV. Very different from the TV production we are used to. Nevertheless our crew completed with all the task and the part of the filming we guided was a complete success.