General information for filming in Karelia 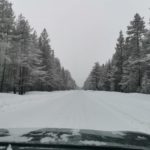 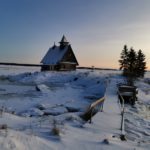 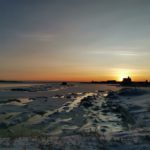 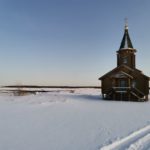 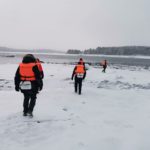 The Republic of Karelia on the map is between the Baltic and the White Seas. It has quite an extended territory – around two thirds of the size of UK. You will probably have to google the distance to a certain location. Although, Karelia’s capital, the city of Petrozavodsk, is 50min flight from St. Petersburg, and 1h 20 min flight from Moscow.

There are a lot of sites worth filming in Karelia. For example here you will find prehistoric petroglyphs, pagan shrines, medieval temples and monasteries, wooden architecture, castles and ruined military fortifications left after the II World War.

Karelian nature is no less remarkable. Karelia’s dense forests cover almost all of the republic’s territory. There are also many lakes with islands and skerries that make up incredible views. The locals are proud of their nature and protect it by taking care of Karelia’s nature reserves and national parks. Our fixers can help you in getting the perimts for filming the following locations:

Also in this park you can find some examples of northern wooden architecture and the Kozheozersky convent.

Among the Karelian forests, you can film the abandoned village of Pegrema. It is located on the banks of the Onega lake. Once there were several wooden peasant houses and a wooden chapel built in the XVIII c. by Varlaam Hutynsky, a Russian religious leader and saint. The hipped roof of the chapel rises lonely above the trees and reflects in the lake’s water.

FilmSPbTV can provide you permits for filming in the Valaam Monastery. For filming there you will need travelling to the Valaam island in the Ladoga lake. Valaam monastery is famous for its numerous sketes where the monks are living. The monastic community forms the main part of the island’s population these days. The white-stoned hipped-roof All Saints and the Nikolsky sketes represent the characteristic northern architectural manner. But two of the sketes are regular log houses – the Konevsky skete and the St. Elijah skete.
On the Valaam island, you can film the main Cathedral of the complex, the Transfiguration Cathedral. It was built in the XIX c., abandoned during the early Soviet times and then beautifully restored. The temple has rich decorations from the inside and outside, and can berightfully called the real pearl of Valaam.

The monastery is a very important Orthodox religious centre. Thus for filming there a premit (blessing) fro, the church authorities is required.

In the 1920-1930s, a defensive fortification line against the Soviet Union was built by Finland. It has the name ‘the Mannerheim line’. On the Valaam archipelago some of the line’s ammunition warehouses and earth-and-timber emplacements were abandoned in the woods. For example till today several bunkers and pillboxes lie on and under the ground covered with moss. Those artifacts resemble an open-air museum: nobody cares for them. Although they have witnessed how an Empire was built and later how it collapsed. Our local fixers can help you in finding and filming some of the Mannerheim line’s sites.

For filming in Karelia with all the needed permits – please contact us. Send us a description of the upcoming filming. After that we will send you all the information about the required permits.