Filming in Yekaterinburg – the border between Europe and Asia

General information for filming in Yekaterinburg

Ekaterinburg is the fourth-largest city in Russia. FilmspbTV will help you in filming this lively metropolis, situated just between Europe and Asia. In Ekaterinburg, there is even a monument dedicated to its location on the border of the two worlds. There is an airport in Ekaterinburg so you can get to the city by plane. The flight from Moscow is 2 hours 10 minutes, the flight from Saint Petersburg is 2 hours 30 minutes.

Ekaterinburg was founded at the beginning of the XVIII century as a working settlement for the workers of an iron-making plant. The historical center of the city was built up eclectically. Here you will find wooden architecture, XIXth century aristocratic mansions, constructivist edifices, and modern skyscrapers. There is also a lot of Stalinist architecture: after all, in Soviet times Yekaterinburg was thought to become the core of the Ural ironwork industry. 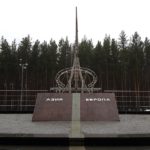 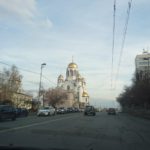 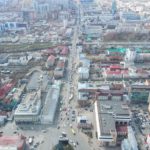 Main locations for a TV production in Yekaterinburg

One of the main locations of Yekaterinburg is the Church of All Saints. This temple was built in 2003 on the exact place where the Ipatiev House was situated. In the summer of 1918, in the Ipatiev House basement, the last Russian Emperor, Nicolas II, was executed along with his family. The five-domed temple represents the style, characteristic for the end of the XIX c. The site attracts tourists and pilgrims from all over Russia.

In the 1920s, the Soviet authorities decided to turn Ekaterinburg into an advanced industrial city. Ekaterinburg was actively rebuilt in the 1920s. That is why you can find the best examples of Soviet constructivism here. If you are looking for constructivist architecture check out the building of the regional administration, the so-called Chekists’ Town architectural ensemble, and the hotel ‘Iset’ building.

The districts of Uralmash and Elmash were erected as a settlement for the Uralmash heavy machine production plant in the 1930s. The visual appearance of both represents perfectly the architecture of their time. The Ural heavy machine production plant (Uralmash) is the largest factory in Ekaterinburg. It was launched in 1933. Uralmash produced steel equipment, hydraulic presses, and excavators.
During the Second World war, the plant also produced heavy weaponry – tanks, in particular. The Verh-Isetsky plant is yet another industrial attraction of the city. The district adjacent to the factory consists of XIXth c. buildings in great condition. It is here where you can capture the life of a late XIXth c. industrial city. The Boris Yeltsin Presidential Center is a cultural and educational space. It was opened in
2015 in the Ekaterinburg-city district. The Yeltsin Сenter hosts numerous cultural events: festivals, exhibitions, and lectures. There is also a museum dedicated to the modern political history of Russia. In the Yeltsin Center, it becomes particularly clear that Yekaterinburg is a modern progressive city with a rich cultural life. 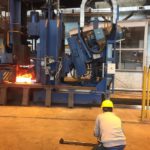 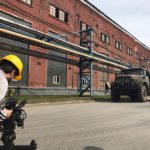 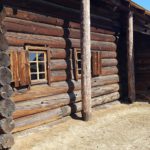 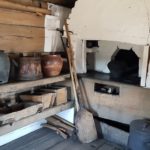 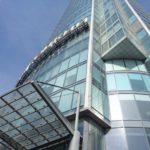 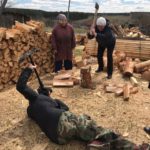 Amazing unusual locations for filming in Yekaterinburg and the Sverdlovsk region

Ekaterinburg is situated in the Ural gemstone region. Here such precious stones as diamonds, emeralds, topazes, sapphires, rock crystals, and malachite are mined. Ekaterinburg is famous for its longest stone carving tradition. FilmspbTV will help you to film this known over the world traditional Russian craft.

The main natural attraction of the Ekaterinburg region is situated a few hours drive from the city. The Kungur Ice Cave is 5700 m length, and partially accessible for tourists. This huge karst cave has about 70 lakes and several impressively illuminated grottoes. 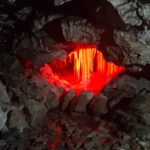 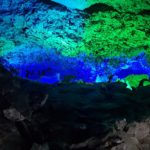 For organizing a filming or a broadcast in Yekaterinburg or in Sverdlovsk region – please contact us!