Filming Murmansk: the capital of the Russian Arctic. 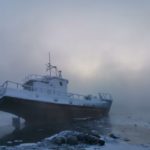 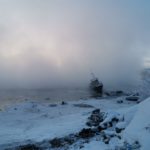 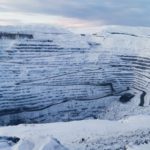 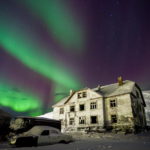 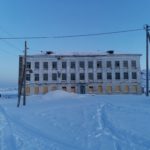 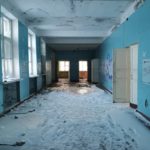 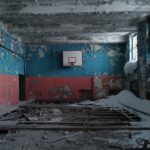 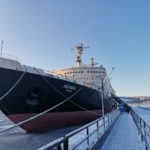 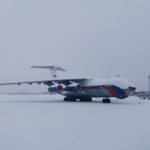 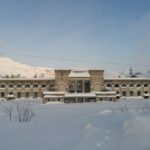 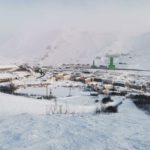 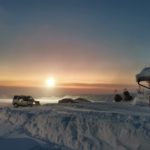 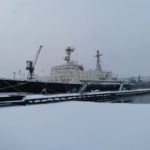 Murmansk is a city in the far northwest part of Russia (1h 40min flight from St. Petersburg, 2h flight from Moskow), where the polar night lasts three months of the year. Throughout the hard arctic winter, aurora borealis is visible in the outer-city sky. Most striking is the architecture of the city:
to escape from the color starvation during the gray and dark winter-time, citizens paint their panel houses with bright colors. On the street, you can find painted stones and benches. Filming in Murmansk at winter time is challenging but possible.
Despite the low temperatures, the Murmansk port continues to operate. Barents sea does not freeze due to the warm North Atlantic Current. The port of Murmansk is not only the largest trading and fishing northern port of Russia: it also houses Russian Atomflot, the nuclear-powered icebreaker fleet.

Murmansk is a major transportation hub in the polar region. Murmansk railway station is an important part of the Oktyabrskaya Railway. The station building with a dome topped with a spire and a five-pointed star was built in 1954. From there, trains depart to Moscow, St. Petersburg, Sochi, and Apatity.

Key locations to visit when filming in Murmansk

In the port, our Murmansk fixers can help you in filming ‘Lenin’ – a nuclear icebreaker, the world’s first surface vessel with a nuclear power plant. The icebreaker was built in the Soviet Union to serve the Northern sea route and became a symbol of the Soviet conquest of the Arctic. It is now open to visitors in the form of a museum ship.

A panoramic view of the city opens from the monument ‘Alyosha’. The monument is part of a memorial complex located on the Green Cape hill, which rises 173 meters above the city and the Kola Bay. It commemorates the Defenders of the Soviet polar region during the II World War. The seven-meter-tall Alyosha, a soldier in a raincoat with a machine gun, looks at the Valley of the Glory, the place where the fiercest battles took place during the war.

What makes the Russian Arctic such an attractive filming location? TV production in Afrikanda and Teriberka. Filming permits for abandoned russian cities.

The main natural feature of Murmansk, in addition to the Northern lights, is probably the year-round ice-free Kola Bay. The Kola Bay bridge, one of the longest automobile bridges in Russia, crosses the Bay. The bridge is a symbol of the city. It is even printed on post stamps, and can be perfect for filming purposes. From the bridge, you can see the city and the Kola Bay perfectly. In the polar winter, the bridge has brigh illumination and thus turns to be an integral part of the city’s landscape.

In Soviet times, several military settlements were located around Murmansk. Now they are abandoned or half-abandoned and very attractive for filming. The same happened with the workers’ settlements that once appeared next to factories, for instance, Afrikanda-1. When the the military forces left from Afrikanda-1, it gradually began to fall into disrepair and now is semi-abandoned: only two apartment buildings remain residential. Like visions of the past, abandoned houses, tanks that have fallen out of use, abandoned rusty ships and military aircraft lie in the woods and on the shore of the Kole Bay and frighten passers-by with their mysterious appearance. Our fixers in Murmansk can organize a safe and legal filming in the area.

Teriberka is another great location for filming in the Murmasnk region. At winter time the shore never freezes, so locals practice polar winter surfing. Shipwrecks, abandoned wooden houses and stunning landscapes. In winter from December till March it’s possible to films the Northen lights (Aurora borealis). Our production managers can help you choosing the best spots in Murmansk region for filming. Many locations in the are require access procedures or filming permits from local authorities. FilmspbTV can handle the paperwork while you concentrate on the creative part of the filming.

Other key locations for filming in Murmansk and in the region:

If you plan visiting Murmansk or the Russian Arctic region for filming – send us a description of your filming and contact us here. We will help you in getting all the required permits.