Filming at the Solovetsky Islands (Solovki). The first GULAG and a great monastery. 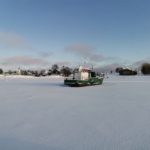 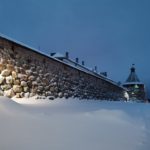 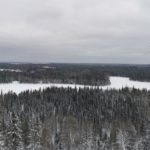 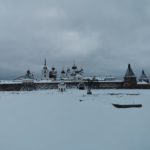 Solovki. Where it is and how to get there?

The Solovetsky Islands, or Solovki, is a group of six large islands located in the White Sea. Solovki are well-known for their exceptional nature as if completely intact. And moreover it’s famous for the historical events that took place here.
The site is 2h flight from Moscow and 1h 40 min flight from Saint-Petersburg. However, the small airfield accepts only small planes and helicopters. So most probably you’ll need a connection in Arkhangelsk. In summer there’s a ferry from the city of Kem.

History of the place. Solovetsky islands.

In the XVI c., a large stone monastery raises on Solovki. Its territory extends over several islands. The main buildings of the monastery ensemble are situated on the western bank of the Big Solovetsky Island. Less than one thousand people are living here.
The wealthy and politically influential monastery became one of the most important religious centers in Russia, and an important fortress as well. For several years in XVII c., the monastery was in opposition to the Church Reform by the Patriarch Nikon. In addition to being a major economic unit in the region, the monastery since the XVII c. till the early XX c. was a prison for political prisoners.

Nowadays, the monastery complex looks like a pentagonal fortress with strong stone walls. It has seven gates and eight towers rising above the water of the Prosperity Harbor. Inside, there are two large cathedrals, as well as several churches, chapels, and residential buildings. The Cathedral of the Transfiguration and the Cathedral of the Assumption of the Virgin were built during the turbulent reign of Ivan the Terrible. Fortification was a necessity: the monastery has indeed withstood several sieges.

With the advent of the Bolsheviks to power, the monastery turned into a concentration camp. To send monks to other forced labor camps or to kill them was a common practice. The so-called Northern Solovki camps of OGPU resulted to be a prototype for the labor camps of GULAG.
However, the Solovetsky camp did not last long: in 1933 it was disbanded, and its property was transferred to the ‘White Sea-Baltic Canal’ camp. In the late 1930s, the former Solovetsky monastery became the Solovetsky Special prison.
In the 1990s, the Orthodox church got back the monastery. Now this place is popular among tourists and pilgrims. FilmSPbTV can provide you all the required permits for filming in the monastery as well as in the Solovetsky Museum-Reserve.

Today, in the Solovetsky Museum-Reserve you can film the vessels made by the camps’ prisoners. Visiting for filming purposes the GULAG museum situated inside an old barrack, or filming the Sekirnaya Hill. Here you will find a chapel where prisoners were tortured and more than 300 of them were executed. There is also the former monastery berry orchard where the executed were buried. There are still empty graves reminding of the terrible events.
On Big Solovetsky Island, there is a great Botanical garden. Monks used to work there, then they were replaced by the labor camps’ prisoners. Now, the garden belongs to the Museum.
Our fixers can help you filming this incredible place with the rarest plants of the region, as well as the famous White Sea Biological station that is still working since it was first established in the 1880s.

For getting more information and the filming permits – please contact us.