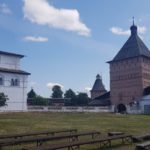 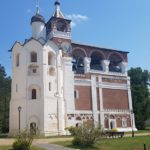 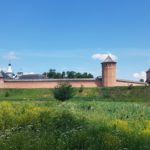 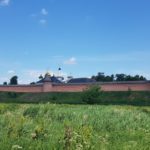 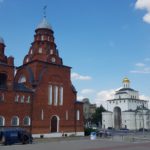 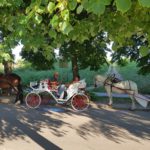 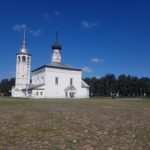 Filming in Vladimir and Suzdal is totally great! The two cities located very close to each other, both are part of the Golden Ring of Russian cities, at some 180km east from Moscow and 800 km southeast from Saint-Petersburg.
Vladimir Province is known mainly for its ancient Russian religious architecture. Both Vladimir and Suzdal look at times like an illustration to a fairy tale: you can find for filming here narrow paved streets with two- or three-storied buildings and white-stoned churches, bathing in greenery during spring and summer. And more than that, Suzdal is one of the few Russian towns untouched by the industrial revolution. Thus it’s the perfect for filming on historical subjects.

The Suzdal Kremlin is also a fascinating site to film as it is the oldest part of
Suzdal. The Cathedral of the Nativity, a majestic five-domed temple decorated with frescoes from the inside, is part of the architectural ensemble of the Suzdal Kremlin.

Main churches, temples and cathedrals in Vladimir and Suzdal.

Our fixers can help you in getting filming permits for the so-called White Monuments of Vladimir and Suzdal, a complex of white-stone churches and monasteries situated in the Vladimir region. One of these monuments is the Dormition Cathedral in Vladimir. A five-domed temple with frescoes made by the greatest Russian iconographers, Andrei Rublev and Daniil Cherny.
Another monument worth filming is the Church of the Intercession on the Nerl, a small temple standing picturesquely in the middle of a field. It is one of the main symbols of medieval Russia.

Other great locations for filming in Vladimir and Suzdal:

A panoramic view of the city opens from the red-brick water tower built in the early XX c. The three-storied neo-Russian style building has rich decorations and is definitely a monument of engineering art. Unfortunately, the tower fell into disuse quickly since a more convenient method of water supply was found.
Another key location in the Vladimir region is the Central Prison of Vladimir, the biggest prison in Russia. It was established in the late XVIII c. and still is functioning. Throughout its existence, the prison held ‘particularly dangerous’ political criminals. Today a part of prison premises is open for tourists. FilmSPbTV can provide you permits for filming in this gloomy yet intriguing place. Please don’t hesitate to contact us.