Filming Yaroslavl – the capital of the Golden Ring.

General information for filming in Yaroslavl 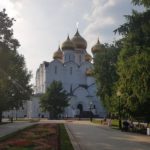 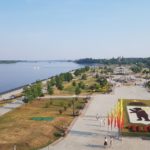 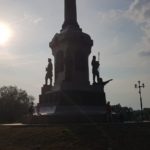 Yaroslavl is one of the oldest cities in Russia and the central city of the Russian ‘Golden Ring’. It is located on the banks of the Volga river, 260 km northeast of Moscow, and 770 km southeast of Saint Petersburg.

Yaroslavl is famous mostly for its historical center and its numerous churches and monasteries. The Old town combines buildings from different epochs. The oldest one is the Yaroslavl Kremlin at the bourse of the Volga and Kotorosl’ rivers. Later buildings of the 13th, 15th and also 17th centuries and some from Catherine the Great’s epoche. That’s why Yaroslavl is part of the UNESCO world heritage list. In Yaroslavl, you literally travel in time: ancient Russian architecture is adjacent to more modern buildings, and it looks completely natural.
Numerous temples are located on the sides of Volga. They were built mainly by merchants as the Volga is a navigable river, and so Yaroslavl always was a major trading city.

The most notable filming locations in Yaroslavl:

● The Church of the Nativity (the white-stone building with tiles, with an elegant gate bell tower)
● St. John the Baptist Church (the red brick building, with 15 domes; inside there are frescoes on biblical subjects)
● Kazansky Monastery and Cathedral (one of the two convents in Yaroslavl; It keeps here thefamous icon of the Kazan’ Heavenly Mother)
● The Epiphany Church (richly decorated facades with glazed tiles, the Church itself is made of red brick and has been beautifully restored)
● Cathedral of the Assumption (the first stone cathedral in Yaroslavl; it offers a beautiful view of the merging Volga and Kotorosl’ rivers)
● The Church of Elijah the Prophet (a completely white building with green domes, an example of 17 c. Central Russian religious architecture)
FilmspbTV fixers can provide film permits for filming in Yaroslavl temples and monasteries.

Other locations worth visiting in Yaroslavl during a TV production

The Park of the 1000th Anniversary of Yaroslavl, yet another key location in the city, is situated on the Volga embankment. This place, popular among residents of the city, offers picturesque views of the river. Every summer in the Park a musical fountains’ show takes place.
The famous Yaroslavl Ferris wheel, called not other than ‘The Golden Ring’, also belongs to the Park.
Russia’s first public theatre was founded in 1750 in Yaroslavl by Fyodor Volkov, a well-known for his time theatrical actor. Since ‘Volkov theatre’ is located in its historical building it provides wide facilities for filming on historical subjects. Till now it is still considered the most important provincial theater in Russia.

Yaroslavl is the hometown of Valentina Tereshkova, the first female cosmonaut. In homage to the place in 2011 Tereshkova established a cultural and educational center dedicated to space research. It includes a planetarium and an observatory, and complements the Yaroslavl’s old town architectural ensemble in an unusual but yet remarkable manner. Our Yaroslavl fixers can help you with filming the insides and outsides of the site.

Locations in Yaroslavl for a historic reconstruction filming.

The oldest company in the city is the ‘Krasny Perekop’ linen and textile mill. It works up to the present and attracts attention with its impressive appearance. Green foliage covers the building in the summer-time and the pipes rise high above the bank of the Kotorosl’ river. A very cinematic railway bridge constructed in the late 19th c. leads from the city to the factory building.
Yaroslavl has a lot of well-restored historical buildings that used to belong to merchants, Sorokin’s homestead (‘The House with Lions’) and the Doncov-Lopatin homestead among them.
They look authentically, are available for visiting and filming, and reveal the everyday life of a pre-revolutionary Russian provincial city.

If you plan filming in Yaroslavl – contact us for getting all the required permits.