Guide to filming in Moscow 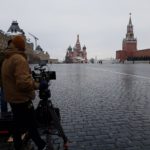 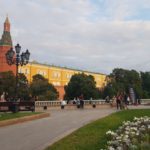 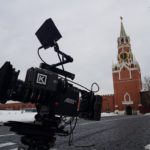 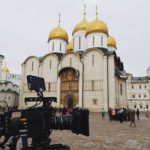 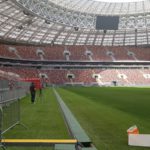 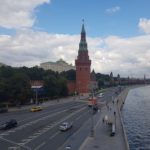 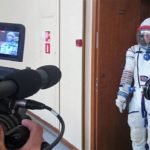 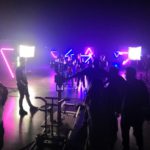 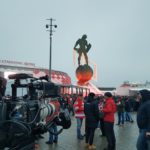 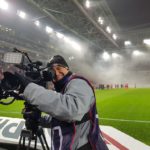 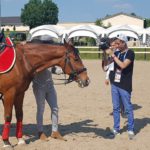 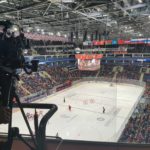 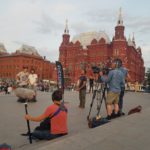 Filming recommendations from our fixers in Moscow: Never make a tight schedule for filming in Moscow. The traffic in this city is completely unpredictable.

Drone usage: Moscow has many restrictions on drone usage. Each flight request is individual. Downtown flights are almost impossible, in the rest of the city, some flights are possible.

Moscow is the capital of Russia and one of the world’s largest cities. FilmSPbTV will help you with filming this lively multicultural metropolis where you can meet people from all over the world. The oldest part of the city is Kitai-Gorod, an area near the Kremlin. Here many Russian government institutions have their headquarters. Tourists and locals enjoy spending time watching numerous XVI-XVII c. cathedrals and picturesque residential architecture.

Locations worth-filming in the district of Kitai-Gorod:

Kitai-Gorod developed as the main shopping center of the capital as it is near the Kremlin. The Red Square and Kremlin ensemble are in a walking distance from the district. Kitai-Gorod also neighbors the two main squares of Moscow: the Theatre Square which is in front of the Bolshoi Theatre, and the Lubyanskaya Square which is in front of the former KGB headquarters. GUM shopping center occupies an entire block of Kitai-Gorod. Its’ main facade faces on the Red Square. The building dated 1893 houses a large department store in its historical interior decorations. Red Square filming permits require 5-12 days, getting Kremlin filming permits take 10-20 days. Russian business or journalist visas are a must for being able to film at these locations.
Christ the Savior Cathedral reconstructed on the place of a gigantic swimming pool of the Soviet times. It is one of the main attraction of the Moscow center. FilmSPbTV can help you in filming not just the Kremlin and Red Square ensemble. We will help you shooting such places as Mokhovaya street or the Old and the New Squares, where you can truly capture the spirit of Moscow. Here the old is deeply connected to the new: merchant arcades and mansions erected in the XVIII and XIX c. perfectly get along with Art Nouveau and early Soviet years constructivism architecture.

Other important and iconic locations for filming in Moscow

Another notorious part of the city’s architectural landscape is the so-called Seven Sisters. The Seven Sisters (also: Stalin’s high-rises) are a group of skyscrapers built between 1947 and 1953 in a very peculiar style. Perhaps the most famous examples of Stalinist architecture are the Hilton Moscow Leningradskaya hotel and the main building of the Moscow State University built by Gulag prisoners. Their distinctive silhouette rises above all of the nearby districts.

The Moscow international business center Moscow Сity is a pearl of Moscow skyline. Situated on the Presnenskaya embankment, the skyscrapers of Moscow Сity epitomize contemporary architecture seamlessly integrated into the surrounding space. Moscow is an incredibly multifaceted city with impressively rich cultural life that is unfolding in countless theatres, art galleries, museums. There are also places designed to reflect the whole Russia: for example, the Kremlin in Izmailovo, a cultural and leisure complex in the style of Russian XVII c. architecture. It was built in the late 1990s and attracts many tourists. It houses several historical museums such as Russian Fleet Museum and Vodka Museum, and thus is a perfect site for filming on historical subjects.
Historical memory is used by the Russian state propaganda to consolidate multiethnic society, with a special emphasis on commemoration of the military victories. For example – the Main Cathedral of the Russian Armed Forces has recently been opened in the Patriot Park.

Unique proposal for filming in Moscow

FilmspbTV fixers propose a unique filming experience – visiting the Cosmonaut Preparation Centre. Situated at the outskirts of Moscow these training facilities are a dream place for filming. Firstly you can film the full-size models of the ISS and the “Mir” space station. Secondly – make a medical test to your host for being addmitted to the centrifuge. Make the filming of a real vestibular training, taste space food and try a real space suite. As a result – you will get incredible footage from a unique location.

Contact us for getting all the required Moscow film permissions.