Useful facts and information for filming in Russia:

Language(s): Russian, many local languages. This language uses the Cyrillic alphabet instead of Latin and is one of the five most spoken languages in the world.

Driving: Driving is on the right. National license with authorized translation or International Driving Permit required.

Russian power plug type: In Russia we use plugs of the C-Type and F-type.

Business/Social Hints: English is widely spoken and German is also a useful language when visiting. Alcohol is available and smoking is widespread

Tipping in Russia: 10% of the bill if you like the service.

The largest country in the world, Russia constitutes one-seventh of the world’s landmass and spans eight time zones. This expansive area allows it to neighbors more countries than anywhere else on earth, as well as touch twenty-two bodies of water and hold twelve seas within its borders. Its vast and complicated array of landscapes has created a diverse blend of forty national parks alongside its forty UNESCO Biosphere Reserves. Here you can find the oldest mountains in the world, the Urals, and the deepest lake in the world, Lake Baikal. Travel from the tundra to the steppes, the desert to the glaciers, the valleys to the volcanoes without ever needing a new visa.

Because of its size, Russia presents a drastically different atmosphere depending on your location. Most of the country has a continental climate with distinct periods of warm and cold weather that increases as you travel east. Temperatures for Moscow and St. Petersburg range from highs of 32 C in the summer to lows of -25 C in the winter. More information about the climate in Russia can be found here.

Russian Orthodox is the official religion in Russia. 20% of Russians practice Islam while Catholicism, Protestantism, and Judaism are not widespread but have small roles in Russian culture. Many of Russia’s most famous sites are former or present churches, signifying the important role that religion has played in the past. The Russian Orthodox Church, diminished during the Soviet period, has in recent years begun to recover in popularity and strength.

Get more information about filming in Russia at the following pages: 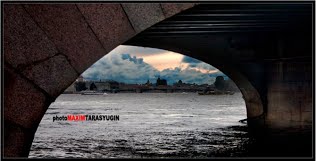