The Biggest Game Show in the World. TV production for channel one, Russia.

The multi-country gameshow is produced by Mistral and based on the French indie’s successful Intercities format.

Reality show “Intervilles – international” and the reality show “The biggest game show in the world”,
Channel One, Russia. “Bolshie Gonki”.
FilmspbTV was working on two consecutive seasons of the show (2010, 2011). The shooting took place in the French city Cerny.

We were responsible for the administrative part of the project: our task was to realize the interaction of the Russian filming crew with the local production (Mistral production, France). Negotiations, planning logistics, making the set administration and working with the participants (meeting, accommodation, etc.). 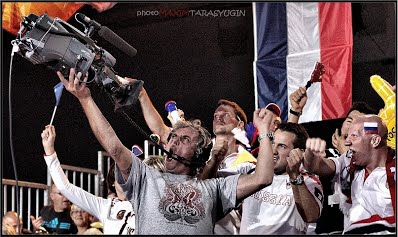