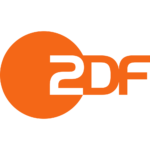 During August and September 2014 our crew was involved in producing a cool story. The Russian Episode of the interesting and successful show “Take off: Der Goldene Tabaluga 2014”.

Our crew was in charge of all the preproduction for the episode in Saint Petersburg. A complex casting of Russian teenagers consisting of 3 stages. Location scouting for the filming, location rental, transport, getting permits, etc.
There were several things that were hard to achieve due to multiple administrative barriers. E.g filming in an orphanage in Russia – always requires a lot of paperwork. Nevertheless our fixers in Saint Petersburg successfully got all the required permits. We are proud to tell that the filming in Russia went without any single problem. In conclusion Saint Petersburg Production Team would like to thank the great German filming crew that did an excellent work filming this episode in Russia. It was a great experience and a big pleasure to work with you!
Our crew respects all the rights related to any content, so we are not placing here the video of this project.
If you want to take a look to the show that was filmed in Saint Petersburg – please use THIS link. It leads to the site www.tivi.de, for watching the video please choose “Weiter zum Video”.

We are glad to notice that the customers that worked with our company once don’t hesitate to call us for their new projects. The company Elematic (Finland) came to Saint Petersburg for filming purposes the second time in the last 3 years.  We do our best for every filming crew to feel good during their project in Russia. Efficient location management, easy equipment rental and good fixer services in Saint Petersburg are the main things for your filming to be successful.

In March, just some months before the Football World Cup 2014, our crew realized an interesting filming project in Saint Petersburg.

It was one of the episodes of the show La beaute du diable, hosted by Stéphane Pauwels. It was a long and interesting interview with one of the top players of FC Zenit – Axel Witsel filmed in the incredible interiors of the Taleon Hotel.
Location scouting, transport, location management, makeup, cameramen provided by Saint Petersburg Production Team.
Here’s the trailer:
Share